The French author Georges Perec wrote about the objects on his working table in an attempt to get closer to his own work and its history, not at the level of distant echoes and abstract reflections, but at the heart of its origin. What objects, tools or materials are not necessarily functional, but nevertheless a vital part of your working environment? Can you describe or draw your workspace?

The studio of Francis Bacon not only contained his own works and his tools, but also books, magazines, papers, reproductions of artworks etc. By contrast, Mark Rothko’s studio was nearly empty. Do you prefer to keep the things that inspire or fascinate you nearby? Do you collect and classify these sources? If you prefer an empty space, where do you store the ‘objects of your affection’?

When different people gather around the same idea or form, the outcome is more than the sum of their minds. A so-called third mind comes into play. According to William S. Burroughs and Brion Gysin, this third mind does things that none of the single brains would have come up with. How important are collaboration and (audience) participation to you? How do other people and other worlds become part of your work? How do you create a third mind?

According to Gilles Deleuze, the encounter between two disciplines doesn’t take place when one begins to reflect on one another, but when one discipline realizes that it has to resolve, for itself and by its own means, a problem similar to one confronted by the other. What art forms and disciplines other than your own do you feel close to? Do you incorporate strategies or practices from other disciplines, sciences or domains of society?

Do you have certain rituals or methods to help crystalize and materialize your ideas and intuitions into artworks, texts or designs? In preparation for your work, do you take photographs, do you make drawings or schemas, take notes, build models and so on?

In 1911, Henri Matisse painted his studio as a visual manifesto of his art practice. The clock in the background and the circular composition testify to the continuous making and remaking of his art. Do you learn through making? Imagine falling into an amnesiac state. Would this state be a blessing or a curse for your future work?

How do you know that a work is finished? Are you in need for (self-imposed) deadlines? Do you experience your time at work as a continuous process or are there frequent ups and downs, moments of despair and enlightenment? Do you recall certain moments or specific works that became models of thought afterwards?

To draw is not to mirror. A drawing is not a mirror, nor the creation of a corresponding world but an act of making personal sense. Drawing is the creation of a space we inhabit. Drawing is reverberating external stimuli, feeling that something is the case, very often in a confusing way. It is a eeting act (of chaos) that passes almost instantly with a germ of rhythm. Drawing is violent to what is given. Drawing is sculpting modes of becoming oneself in reality. Therefore, drawing always contains elements that y away from the own formalization and sense.

Annelies, Alice De Smet holds a master degree in Visual Arts and a master degree in Architecture. Currently, she is assistant and PhD researcher at KU Leuven, Faculty of Architecture. Her graduate research “Wandering off in the urban: to move towards being moved” departs from a micro perspective and explores latent aspects of the urban environment by means of embodied immersion in the messy urban condition. Via carefully instructed and rigorously enacted close encounters with an environment, latent tangible and intangible aspects of urbanity are brought forward. This research is supervised by Prof. Johan Verbeke and Dr. Nel Janssens.

Lucas Devriendt paints realistic images but with its own picturality. His recognizable figurative images always start from his self and reality. His approach to reality in interaction with his paintings translates into intense images. He mixes his experiences in the physical world with the feelings of others. The work fits within the traditional painting, but also shows how painting can act on its own. His works show how this can happen in an actual, even subversive manner, and how painting can be moved to a hard new reality. 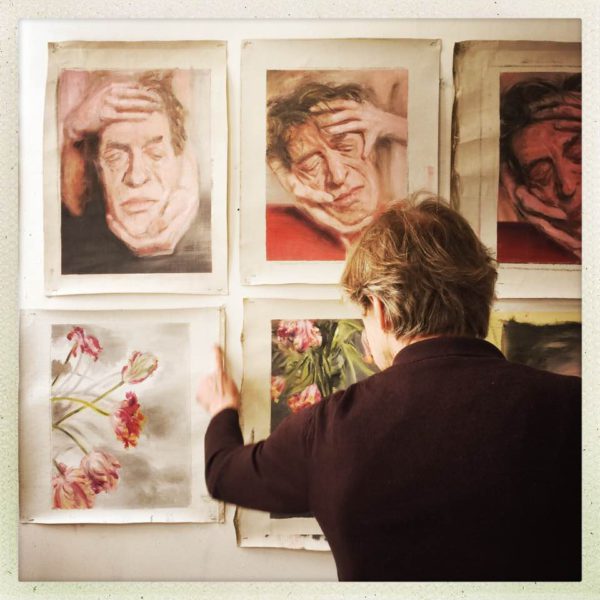 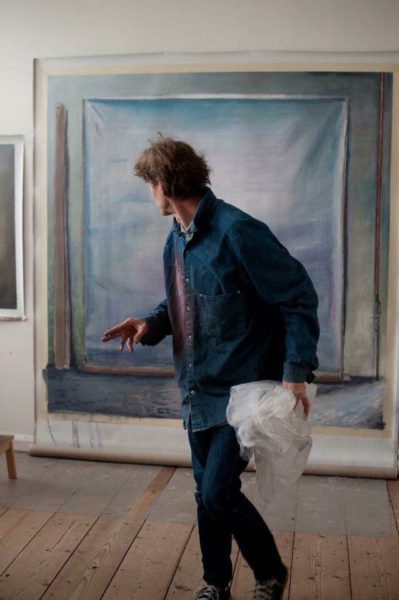 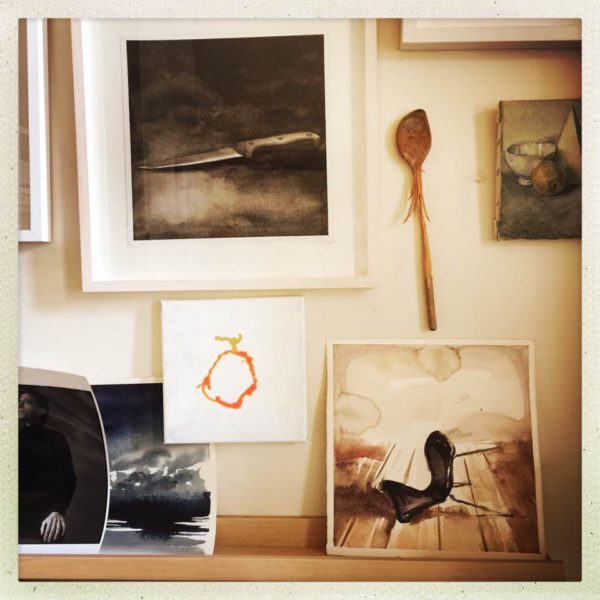 Ine Meganck is a ghent based graphic designer. Her studio work is mostly situated within the cultural field, focusing on artist books, identities and editorial design projects. She finished Werkplaats Typografie (NL) in 2012, where she mainly focused on a project called Phantom Radio. A nomadic radio station appearing every now and then on 91.0 MHz FM. Ine has a strong intrest in the invisible. This results mainly in a series of self-initiated projects on the topic of disappearance and a growing collections of fictitious families and trompe-l’ouil doorways.

Isolde Vanhee is an art and film scholar based in Belgium. She was born on September 30, 1976 in Poperinge. Her father tried to teach her the art of birdwatching whereas her mother raised her on a diet of books in the library where she worked.
She moved on to become a lecturer on film and fine arts at LUCA School of Arts in Ghent, shortly after obtaining a Master’s Degree in Art History in 1999. She wrote her thesis on the paintings and drawings of the Polish-French artist and dandy Balthus. She holds a PhD in Political and Social Sciences. In her PhD, family representations in the American gangster cinema are observed and analyzed, using perspectives from both art and social sciences.
She is an editor of Rekto:verso, a magazine on culture and criticism that wishes to ensure that society gets more attention for the arts, and that the arts become more aware of society. She is Chair of the Board of Art Cinema OFFoff. From 2001 to 2005, she was a staff member of the Museum of Contemporary Art (SMAK) in Ghent.
She has published in various magazines and books on film, painting, and the relationship between cinema and the fine arts. Recently, she has written about a public sculpture by Philip Aguirre Y Otegui, the arrogance of Grace in Lars Von Trier’s Dogville, the everyday in the films of Yasujiro Ozu, and the language of boredom in Jean-Luc Godard’s A bout de souffle.

Esther Venrooy is an artist/composer working in the field of sound and installation art. Her works range from purely electronic composed music to improvised combinations of electronica with traditional instrumentation such as piano, guqin, pipa and satsuma-biwa. She has created site-specific works as well as multimedia performances and installations. She has performed her music extensively for audiences in Europe, Asia and United States. Apart from her artistic activities, Venrooy is a lecturer on 20th century Music, performance and experimental arts at the Ghent school of fine arts, where she also runs atelier Mixed Media. In november 2015 she received her doctorate in the Arts degree ‘Audio Topography – on the Interaction of Sound, Space and Medium’ at KULeuven.

As a composer of (electronic) music, I spent most of my time sitting at a desk, writing music, making drawings and composing sounds on a computer. A table, and more specifically an empty table represents an inner process. The upper surface of the table is designed for supporting objects, working or eating, but for me it is a place for drawing, thinking and dreaming. 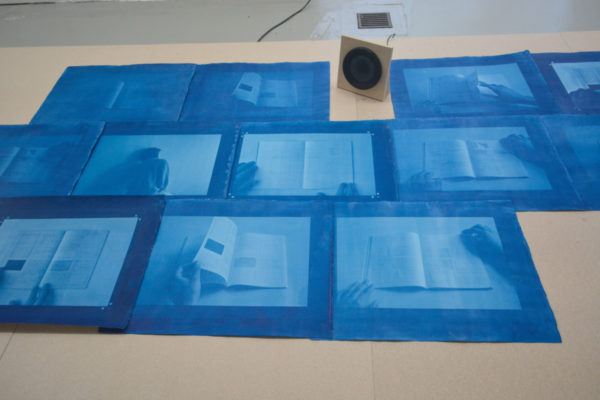 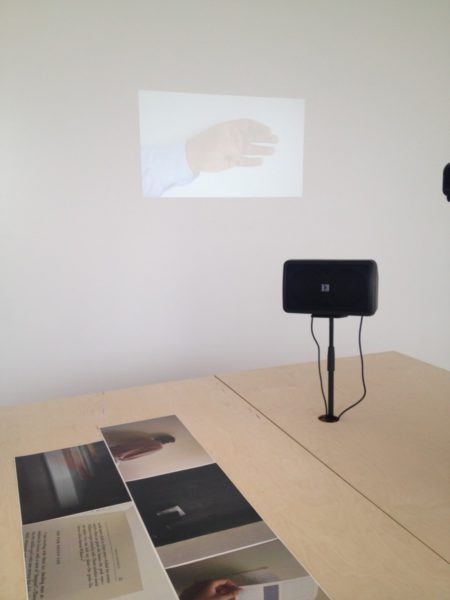 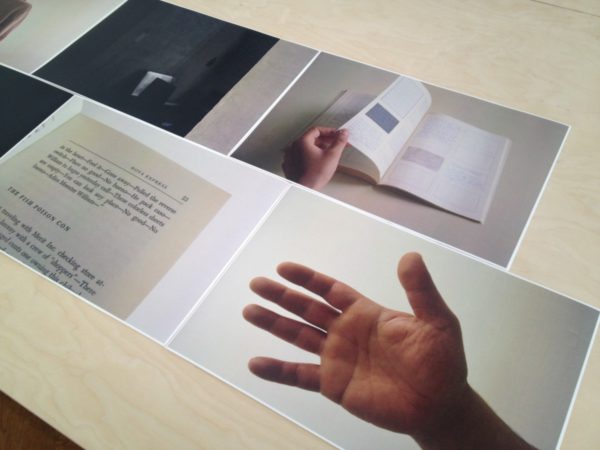 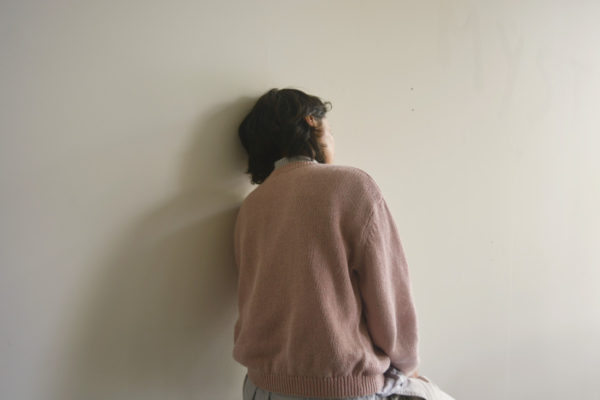 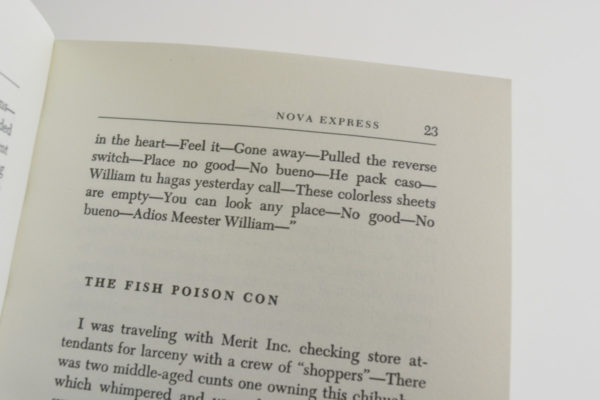 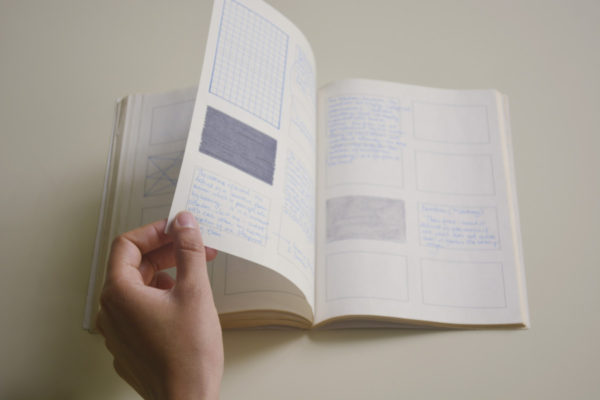